Cancel your order up to 48 hours before delivery for a complete refund. No questions asked. 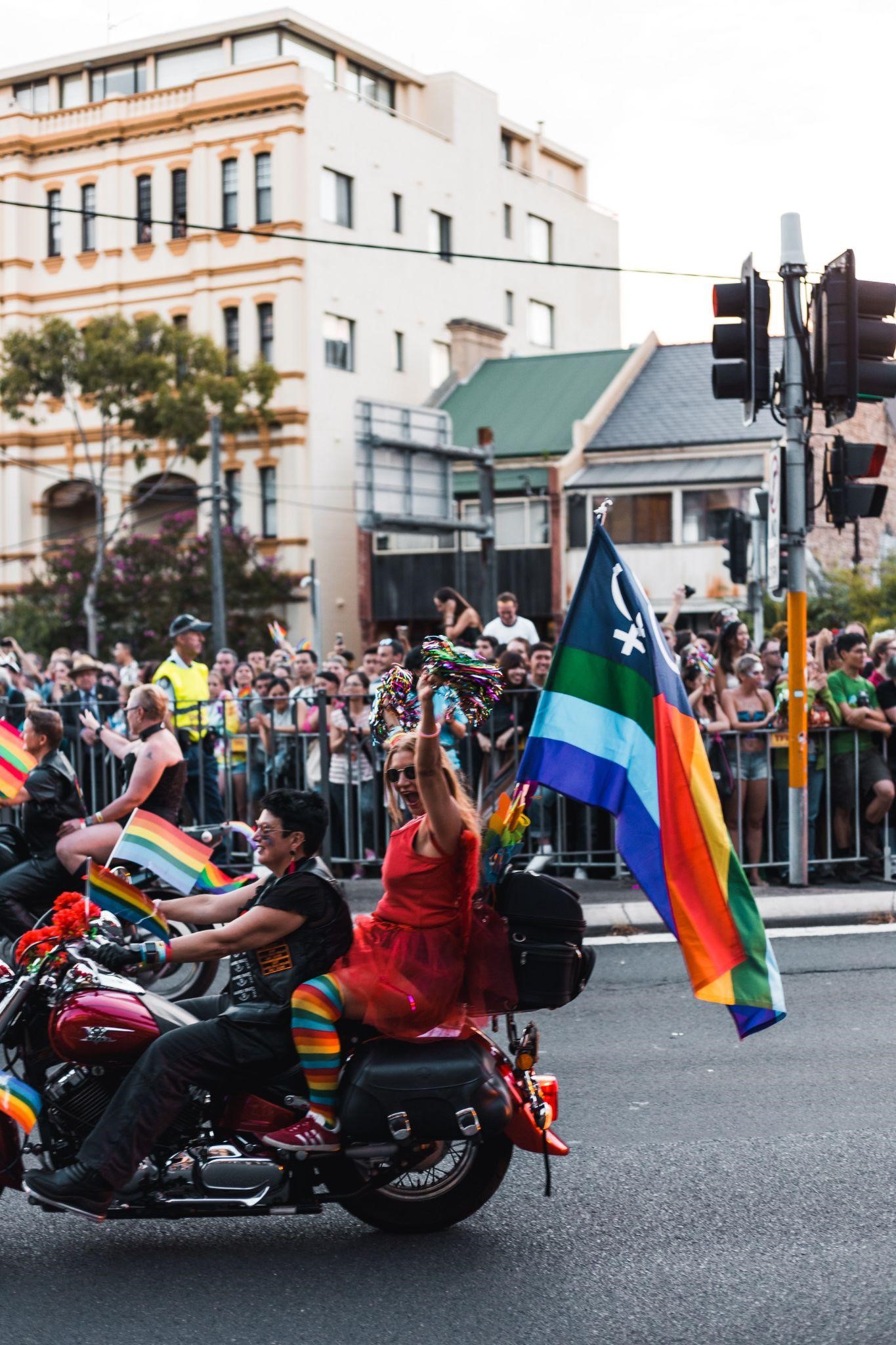 New York City is known as an international hot spot for fashion, Broadway plays, museums, art galleries, finance, and a classic metropolitan lifestyle. One aspect of The Big Apple, though, that captures the hearts and minds of people around the world is the city’s spectacular parades. From a military parade to celebrate our troops coming home to Gay Pride and the famous Macy’s Thanksgiving Day Parade, New York City knows how to put on a show.

Planning a parade of this magnitude can take years, from deciding on a route to more basic aspects, such as where to put restroom trailer rental and handwashing stations for the guests. Organizers of NYC parades have centuries of experience to draw upon for the logistics of the events, and the city’s model can be adapted to parades of all sizes, from how to set up a safe route to where to position portable restroom trailers. Here are the most well-known NYC parades, and some tips to how to use the same approach to planning your parade. We are confident that with VIP To Go, your parade trailer rental will provide your guests with a positive restroom trailer rental NYC experience that keeps you coming back to us year after year!

The NYC St. Patrick’s Day Parade was first ever New York parade. It began March 17, 1762, and it is now one of the city’s most popular traditions. On that day, Irish immigrants decided to proudly display their green attire that was banned in their home country. Participants included people who served in Ireland’s military, as well as ex-patriots. The St. Patrick’s Day Parade continues to be a lively event where Irish residents, joined by thousands of other New Yorkers, revel in their heritage by wearing green, joyfully singing traditional Irish songs, and playing their iconic bagpipes as they parade down 5th Avenue past St. Patrick’s Cathedral.

Two months after the St. Patrick’s Day Parade in NYC, the city hosts another event – the Memorial Day Parade in Brooklyn. This parade in New York is held on the last Monday in May, the same day as the holiday. The route starts on 78th Street and concludes at John Paul Jones Park. This is a military parade that honors those who have served, from retired veterans, to active duty and those who have been lost. 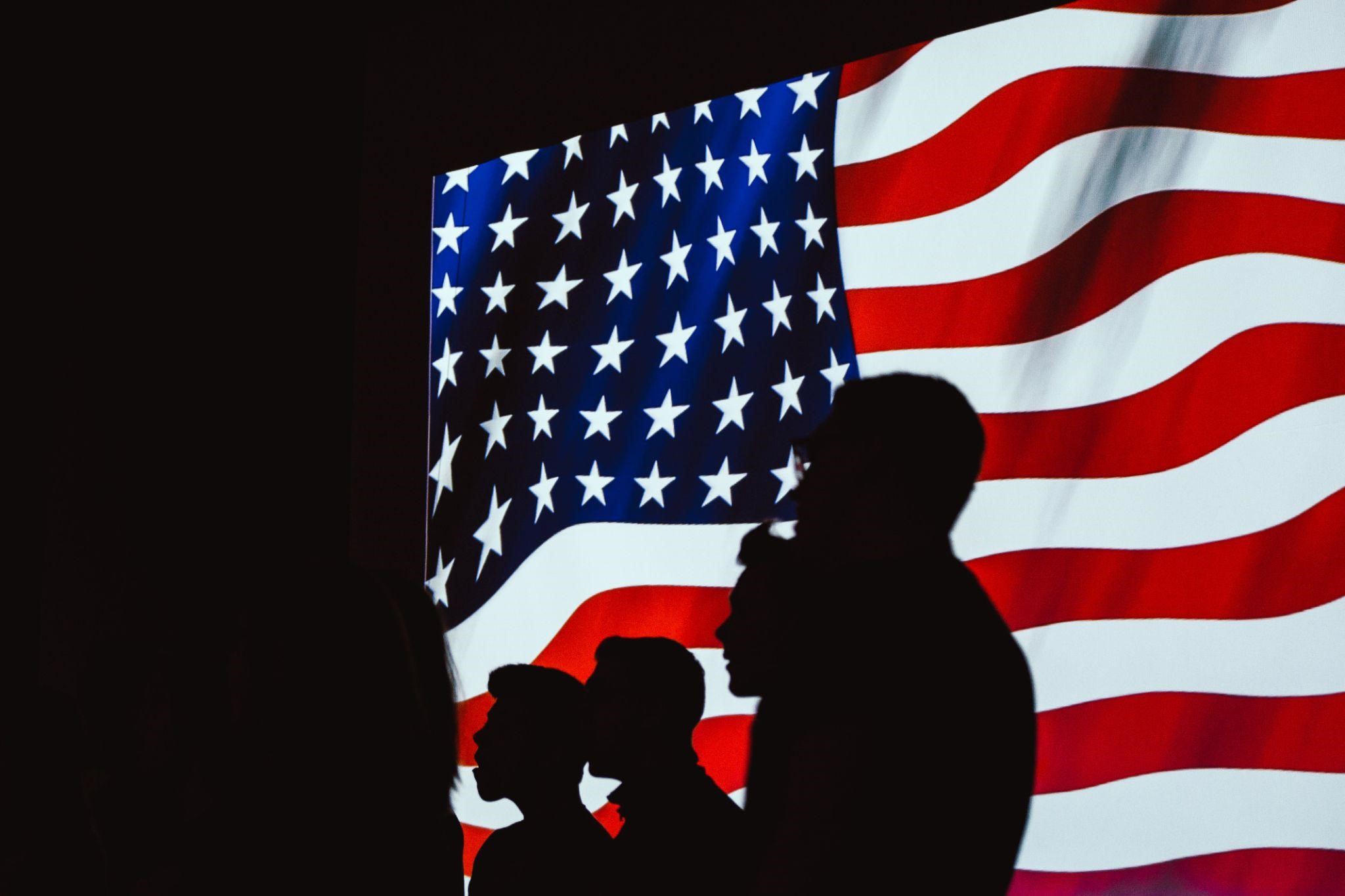 New York parades on July 4 tend to be smaller in size compared with the other parades in the city, yet just as spectacular. An Independence Day parade in New York takes on more of a local feel. It may be part of a neighborhood party for children or a community event that welcomes the general public. While the routes may vary, the highlight is always the Macy’s Fireworks Show. Platforms are set up along the East River, and the show can be seen from every part of the city.

Held on the first Monday of September, the Labor Day Parade, also known as Werst Indian Carnival, is one of the most unique and colorful New York parades. The event is a cultural celebration of the Caribbean that begins in Crown Heights, Brooklyn. The parade was first held during the 1930s who took their exciting costume parties to the streets, and soon were joined by others in the neighborhood. Traditional Caribbean costumes are still an integral part of the parade, but you can also see people dressed as their favorite celebrities, politicians, and other interesting characters.

In addition to the Memorial Day Parade, the Veterans Day Parade in NYC is another military parade that honors those who have served. The parade consists of more than 25,000 people marching, 150 vehicles, 30 floats, and hundreds of marching units. This is a time when you will see people in their dress uniforms from past conflicts, as well as active-duty military, and thousands of American flags waving along the route. The parade attracts large corporate sponsors, and many non-profits organizations that support our veterans benefit from the parade.

Any New York parade is an incredible feat of planning and logistics, but few compare with the ultimate annual NYC parade – the Macy’s Thanksgiving Parade that is broadcast around the world. Every detail is carefully thought out, from how to meticulously manage the massive floating balloons that drift along the route to where to position parade bathrooms. Covering almost three miles, more than 3,000,000 people attend the event in person, and millions more watch it on television. This has been a NYC tradition since 1924 when the employees of the flagship store dressed up in costumes, made floats, and headed out into the city. As the parade grew in popularity, organizers faced many challenges for ensuring that the crowd was safe. They had to devise plans for setting up water stations, security, barriers, food and beverage stations, and bathrooms along the Macy’s Thanksgiving parade route. As this Thanksgiving tradition has continued for almost a century, the organizers are masters at logistics, and they have learned the value of portable restroom trailers and handwashing stations. 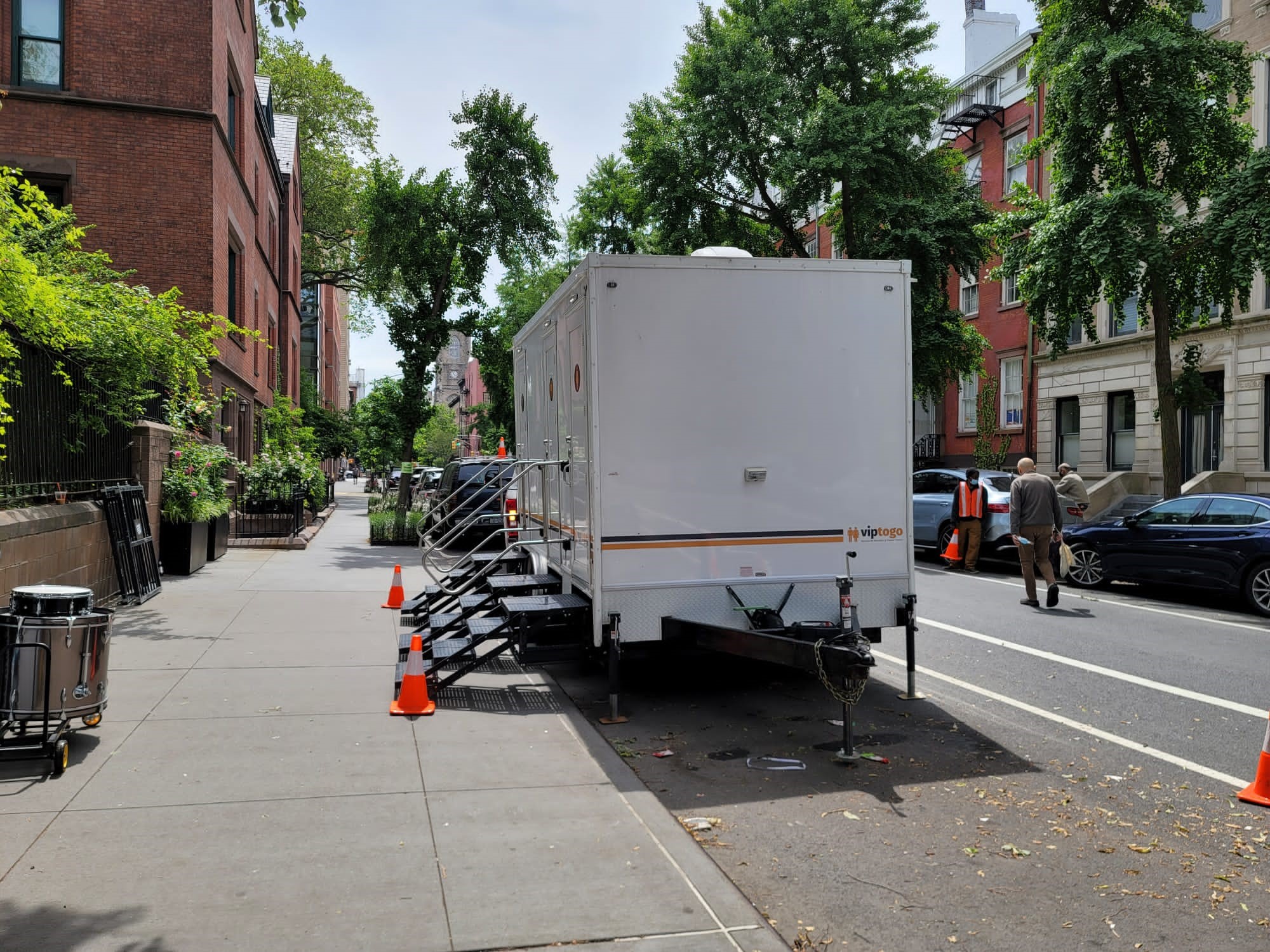 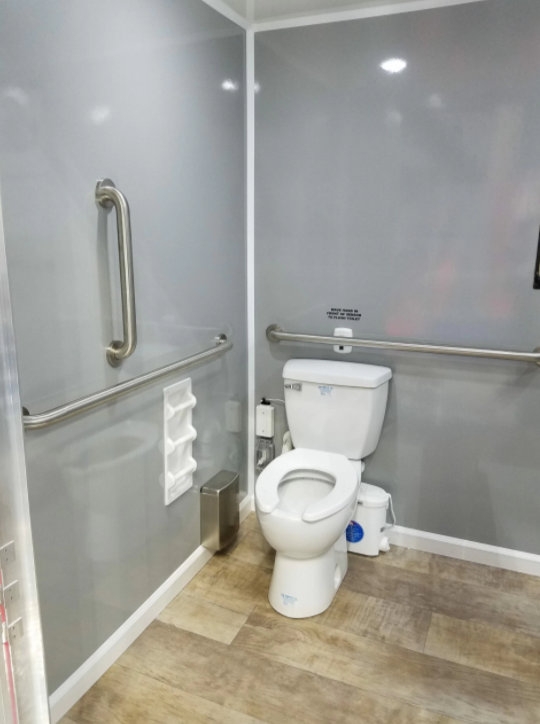 Types of Portable Toilets for Your Parade

Portable bathrooms don’t have to be the unsightly plastic containers with mysterious odors that you see at construction sites or along the highway. There are many other types of portable toilets that fit the aesthetics and size of your parade. You can find parade bathrooms with exceptional finishes, modern interiors, and every convenience that your guests need, including climate control, paper products, automatic air fresheners, and tank systems that quickly and efficiently manage waste.

Luxury bathroom trailers come in a variety of sizes, from two-station units for 100 to 150 people to 10-station units from 500 to 1,150 people. Portable restroom interiors feature high-end finishes, such as ceramic tile floors, porcelain toilets, stainless steel fixtures, wood cabinets, vessel sinks, granite vanities, mirrors, and dispensers for soap, hand sanitizer, toilet paper, and paper towels. The restroom trailer vendor helps you decide how many portable restrooms are needed for your parade, as well as the best locations for setting up the restroom trailer rental stations.

New York City lists all the parades and events for the year on their website. You can check the schedule and make plans to attend a parade or include one in your itinerary if you are traveling to the city for vacation or business.

The cost of a portable restroom trailer rental is based on the number of units, size, and length of the rental. You can discuss the details of your parade, wedding, or outdoor event with the portable restroom vendor to get a quote.

Look for a full-service restroom trailer rental company in your area that helps you every step of the way. The company can explain the types of restroom trailers that are available for your venue and date, as well as provide guidance for choosing the best style and number of portable restroom trailers for your parade, party, wedding, and other special occasions.

Ideally, you want to set up your portable restroom trailers along the entire route of your parade. The distance between each restroom trailer rental unit is based upon the number of guests that you expect, as well as the length of your parade, availability of food and beverages, and other factors. The best approach is to work with an experienced company that specializes in luxury restroom trailers. They can help simplify safety and hygiene planning and logistics of your parade.

If you are planning a parade, no matter the size, contact VIP To Go to learn how we can help and also find out more about our luxury restroom trailers. 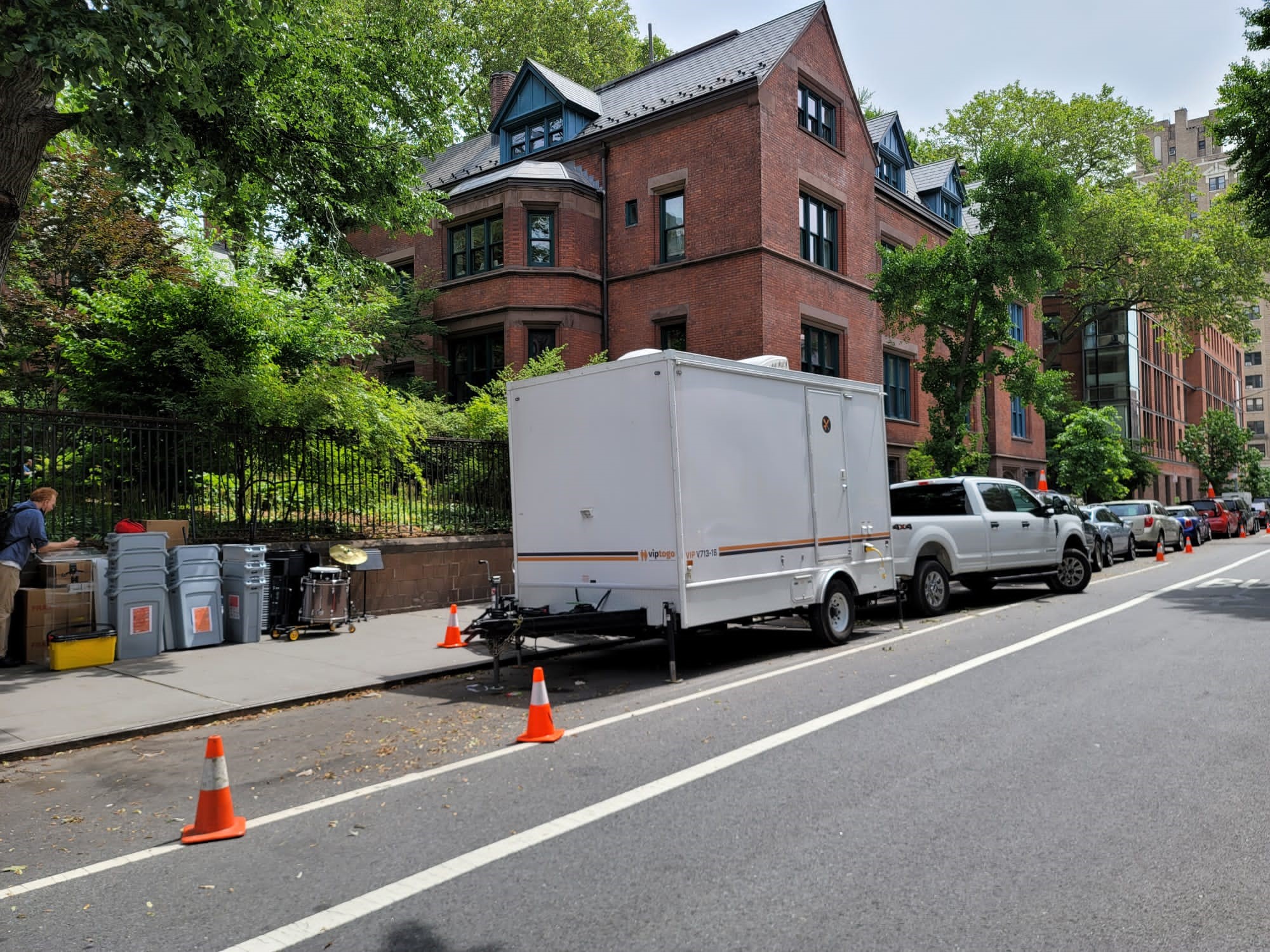 How to Choose Vendors for a Wedding – and Mistakes to Avoid

Celebrate the Season With a Holiday Open House

We're working rigorously around the clock to make sure you have what you need.

Fill out your contact information and we'll get back to you ASAP!

We cannot identify this location. Please leave us a message and our customer service representative will reach out to you shortly.

Hi there,
We will apply an automatic,
5% discount
to your order in the checkout
(customers from wtrental.com are gifted a 5% discount)

THANK YOU FOR SUBMITTING YOUR QUOTE.
WE WILL GET BACK TO YOU SHORTLY.

Your information has been successfully submitted.

We are slowly rolling out our upgraded buying platform where you will be able to complete your booking conveniently online.

Be from the first ones to try it and enjoy a 5% discount off your booking. Use promo code : viptogo5

Thank you for submitting your quote!

Please Enter the following Details for Accurate Pricing and availability


Please Input what are you planning for ?

Will you have access to water?(garden hose is fine)

Will you have electricity?(20 AMPs)

Our auto system says we don't have this unit available in your area, but we'd still love to help. Please fill out the form below ands we'll get back to you shortly.

Hey there! Sorry, we only service your area for events longer than six weeks

Dear customer, The rental dates you have selected are within the next 48 hours. In order to assure that we can meet your request, please give us a call at 877 564 6977 or email us at info@viptogo.com.

Hmm, We currently can't quote pricing for our long term rentals on the website. Please shoot us a quote request and you'll receive it in your inbox by tomorrow.
Or take a look through our portfolio and request a quote for specific trailer.

Oops! It looks like we can only provide a quote in your areas for rentals longer than six weeks. However, we aim to serve you, so send us a quick email, and we'll be sure to help you find the best solution.

Hmm, We currently can't quote pricing for our long term rentals on the website. Please shoot us a quote request and you'll receive it in your inbox by tomorrow. Or take a look through our portfolio and request a quote for specific trailer.

Your Quote has been submitted.

Book worry free! Your order is 100% refundable up to 48 hours before delivery.

If you haven't received your quote within 5 minutes please check your spam folder.

This quote is no longer valid. Please resubmit your quote.

Thanks for submitting your order